What best describes you?

Use as a Coach

Use as a Therapist

Not ready to commit to a course yet? But want to see what all the fuss is about? Practical online NLP and it's Free!

After the practitioner, the Master Practitioner is the logical step. Dive deeper into the modelling skills of NLP.

Together we design a course using NLP to suit your requirements. Sales, management, recruitment, development.

Because it’s fun! seriously though. NLP is a rapid and powerful way to feel, do and achieve more. NLP at its core is the study of excellence. This means NLP has come from studying what works and what doesn’t. When Richard Bandler and John Grinder studied (Modelled) psychotherapists they found some amazing insights into how people operate. When a psychotherapist helps someone overcome an anxiety, depression and low self-esteem, models and techniques are found. The techniques are just some of the ways you can become more resilient and be in control. 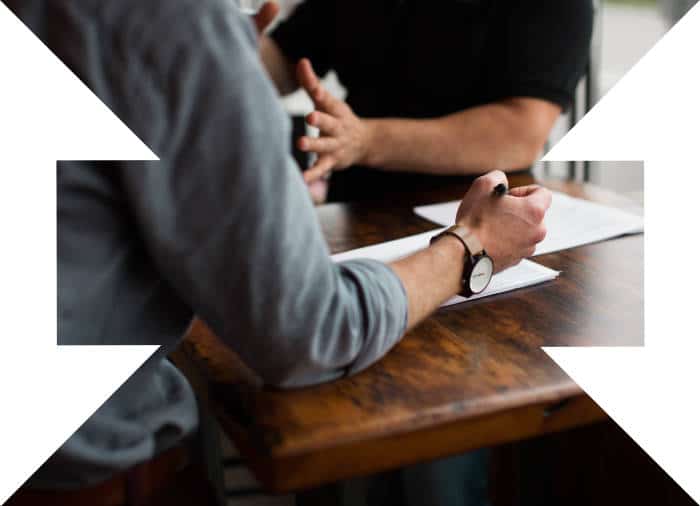 NLP is synonymous with coaching. It’s tools, techniques and methods give any budding coach the knowledge and skill to make a big impact.

Sigma or no stigma. The UK is having a mental health crisis. As a therapist, coach and more importantly a Dad. Something has to change.

Depression is on the rise, male suicides are over 95 a week just in the UK. Anxiety, panic and stress disorders are costing our economy billions. If there is ever a time to pay attention to your mindset and how you operate, it’s now.

Mental health is just like physical health, you shouldn’t wait until you have a problem until you decide to take action.

With a rise in mental health issues, and technology growing at an exponential rate. We need to be the best we can to thrive and survive in today’s business world.

Performing at your peak more often can allow you to have more of the life you deserve.

Optimum states and performance has a strategy and can be learnt by anyone. Imagine your potential if you were to be able to access the ‘you’ on a great day, more often? 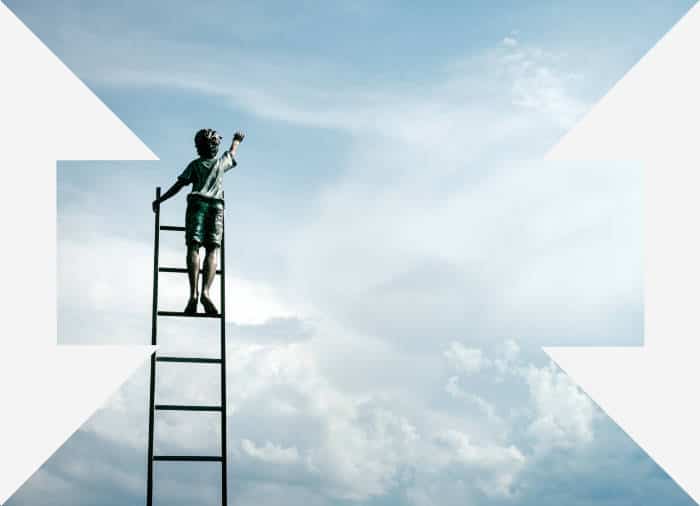 Personal development is the biggest reason people choose to learn NLP. Having the ability to control your own state and emotions is extremely beneficial and very much desired.

The tools and techniques discovered through NLP offer you the chance to reframe old negative associations and belief patterns.

The personal development benefits discovered by NLP can allow you, to be more you, more of the time. Most people aren’t looking for dramatic changes, but many small changes to areas they feel are holding them back.

If this sounds like you, I’d recommend you begin with a 5-day personal development NLP course. Read more about this course here. 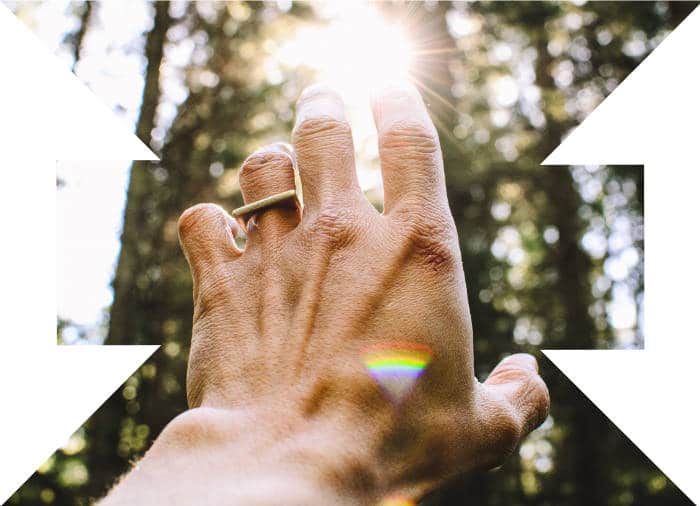 NLP was developed in the 1970’s by modelling therapists. This is why there are so many therapeutic interventions from NLP. Helping with phobias, unhelpful emotions, relationship issues, self-confidence 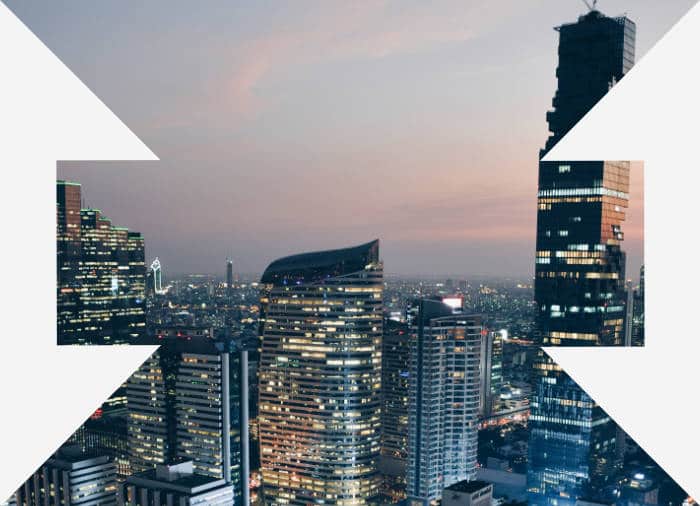 This is very much aligned with personal development. NLP has been welcomed with open arms by the world of business. When an employee can control their own state and emotions they are able to be far more effective.

I recommend people looking to use NLP for business and career benefits take the 5 day NLP course as a minimum.

Typically we spend a large number of our waking lives in work of some kind. But, be honest and think how many of those hours are you at your best?

Not only will you learn how to manage your own state and emotions, you will also dive into the advanced language patterns of NLP. This will show you how you can understand more and be more understood. This course looks at patterns and strategies of negotiation.

If this sounds like you, I’d recommend you begin with a 5-day business NLP course. Read more about this course here.

NLP for me has been transformative. I was told about NLP in 2003. After a very heated discussion with an Ex-girlfriend’s mum. My potential mother in law asked me “what do you know about NLP?”. Then, all I knew for sure was that it was three letters of the alphabet. It turns out that I unwittingly uncovered limiting beliefs, and created a change in her perception in only a short while by talking. She thought I was using NLP, in fact, I was just curious.

Naturally curious, I went on to learn about NLP and use it in my everyday life. This branched out to hypnotherapy and CBT. I used these in my therapy and coaching business which my wife still runs (Absolute Mind). I used this in the business world. The tools and principles I learnt in NLP allowed me and my business partner to grow a company from nothing and sell it on only three years later.

I use NLP and other psychological principles as a coach and trainer.

NLP is all about a practical application to the person learning. This means in all of my training courses we will work on real issues and points of discovery to ensure you have grasped the principles and can use them when you leave.

NLP is a journey because as with all training courses, the real learning happens once you leave. Practice makes permanent.

What course is right for me?

All 3 of the courses I run are open to anyone with no pre-requisites. There is a phone call before all bookings are complete to make sure you are suitable. This isn’t like an interview, it’s just to make sure we are a good fit for the training and that the training meets your expectations.

The Diploma is a weekend course designed to give you an insight into NLP and what it has to offer. The diploma is a part of the full practitioner course (1st weekend) and if you choose to do the practitioner afterwards you’re on the right track.

The Bespoke course is usually for groups or a company who has a specific requirement. Typically working with a management team, sales teams or groups who have a mutually agreed outcome for the course. These can range from 3-10 days depending on what’s desired. These bespoke courses can also be followed up with a coaching program.

How will learning NLP help me?

People report a number of ways NLP has helped them. Here are just a few examples.

I've heard NLP described as manipulative, why is this?

NLP can roughly be broken into three main parts:

Another part of the NLP communication model is something called the Milton model. The communication model was taken from Milton Erickson, who was a hypnotherapist. When used correctly, this language is very metaphorical and can assist someone in making a decision. It is not about making someone do something that they don’t want to do. Science has shown that metaphors and storytelling can be persuasive, this is why watching movies can create such strong emotions. By using this language, you’re able to connect with people emotionally. This doesn’t mean to persuade or manipulate negatively. Just allow them to understand exactly what is your trying to communicate in the best possible way.

Changing beliefs and behaviours in itself does sound a little bit cultish or witchcraft like. Our beliefs do define us. However, NLP shows us that if a belief is not serving us, then we can “believe”  something different.  Modelling is really what NLP is about. It’s finding what’s working and understanding the beliefs, behaviours, strategies and language behind that and replicating. Modelling is natural. Every child in the world is an exceptional modeller. This is how they can learn to walk, talk, move, interact and create their persona. They model those people around them.

NLP is powerful and has the potential to be manipulative. It was never set out to be manipulative or persuasive. Just like a desert spoon has no intention of hurting a person. If you feed a person a dessert spoon, then, sure enough, there would be some negative connotations. As long as you are planning to learn NLP for  an ethical reason, then you’ll reap the rewards NLP has in store

There are so many NLP trainers. Why should I train with Mike?

Training is a lot like food. Everyone has their own taste. Therefore, choose a trainer who you feel like you have some sort of connection with. You can see my videos, listen to my podcasts and see if feels right.

The relationship between the trainer and trainee is paramount. Even though all training courses run over a few days, it’s beneficial when a person comes on a course and they get the idea of how that course will be delivered. For me, choose a trainer who you have a connection with from the content they put online. This is one of the reasons we have a phone call before committing to the training.

Experience: I have been a hands-on therapist, coach and trainer for over 10 years. This means I have worked with and seen about every possible scenario when it comes to creating change.

Business: I have real passion and experience in business. I have started a company and sold that on in only 3 years. I have also coached hundreds of companies (The people really) so this is an area of expertise.

Where are your courses held?

Milton Keynes, London and……… all over the world. The diploma and practitioner courses are only scheduled in these 2 locations. All training venues will be close to trains and main trunk roads. Milton Keynes is nearly the centre of the country and it’s very easy to get to and stay over too if you wish.

Do you have more questions?

Head over to your inbox in the next few minutes.

Mike Sweet is the trading name of Perpetual Notion Ltd

Send me the 5 Pillars Model Resources

Make sure you check your email and confirm you do want this guide.

Check your email and confirm